Around Philly, a fourth-generation business built on building

Around Philly, a fourth-generation business built on building 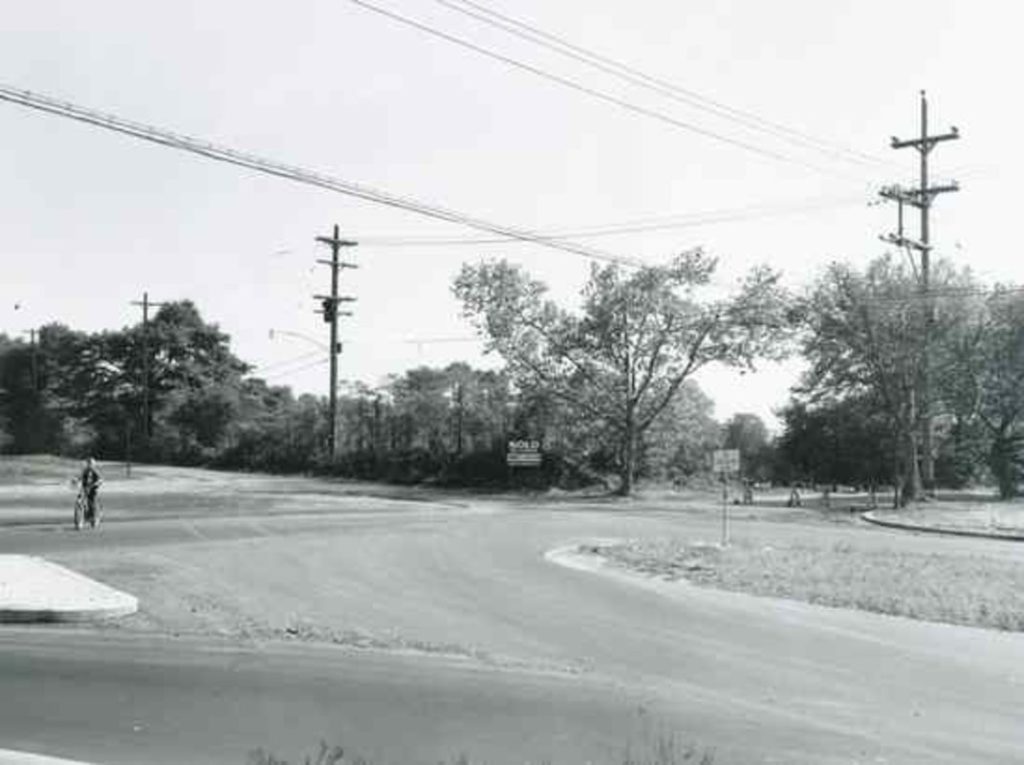 It’s a playful version of I Dare You: Name any neighborhood or town around Philadelphia, and 86-year-old Charles Kahn Jr. will show you how, over a century, his family has left its mark there.

Center City: “Peco at 23d and Market. The base of that building is a three-story garage. It was built by my grandfather.” (It’s just cement and concrete, he humbly adds: “Not fancy stuff.”)

Roxborough: “Sixty-five hundred block of Ridge.” (It was once a Texaco, back when the Kahns were in the business of building gas stations, when gas stations were The Next Big Thing.)

Lower Merion: “Bala and Union.” (That, too, was a Texaco, before the Kahns sold it about 35 years ago.)

Booms, busts, bankruptcies, and bonanzas have come and gone since the first Kahn began peppering the region’s once-leafy environs with gas stations, movie theaters, and stores that remain community mileposts. But 101 years later, the Kahns are still alive as a family business, though instead of building from scratch, they’re revitalizing parcels that have been spied by millions of eyes through the years.

“It’s the only business that I know of where you are dealing with two God-given commodities: land and people,” said Kahn, a slender man with slate-blue eyes and a nature so easygoing that he pairs a neat taupe suit with loafers. “And you have a special responsibility to bring the two together.”

It’s a philosophy held by father, wife, and son, a mantra that influences every development, brokerage, property-management, and investment decision taken on by the firm, which prides itself more on honor than bravado.

“We have no enemies,” said son Jim Kahn, his mother nodding as she sat next to him at a modest conference table Thursday, his father wearing a serene smile not often associated with a living in commercial real estate.

At the helm of Kahn & Co., whose main office is in Fort Washington, are Charles Kahn Jr.; wife, Barbara, 84; and son Jim, 56, one of their four children. To grasp their uninterrupted devotion to the business, consider this: At an outpost in Center City, Evelyn Troncelliti of Havertown has worked as Charles Kahn Jr.’s receptionist for 54 years.

Theirs is, as the family describes it, an “under-the-radar” company that was founded, amusingly to them, by Jacob Kahn after he decided one day in 1909 that it would be wiser to go into real estate than stay a pawnbroker at 19th and South Streets.

The generations that have kept the firm going do so, they say, with a solemn aim to do good, not just do well financially, in service of land and the humans who need it.

“These are two commodities we didn’t create, and we can’t destroy,” said Charles Kahn Jr., who practices the Jewish faith but went to Sunday school as a child just to be around a girl he liked.

“It’s not all about the money,” said his son, a practicing Jew who also believes in Jesus and speaks frequently about his faith as it pertains to business.

How did they get here?

After he started the business with a partner, Jacob Kahn’s first projects included building car dealerships (“4800 Chestnut Street,” Charles Kahn Jr. says) and movie theaters (the Hiway in Jenkintown, the original County in Doylestown, among others).

By the 1930s, Jacob Kahn’s son, Charles Kahn, was convinced that building gas stations was the way to go next. But Jacob Kahn resisted, convinced that gasoline would quickly be made obsolete by scientific advances that would allow cars to run on, say, water.

When Jacob Kahn died in 1936, his son moved ahead with buying land, building gas stations, then leasing the stations to oil companies such as Gulf, Chevron, and Texaco.

By 1947, those stations were being developed by Charles Kahn and his son, Charles Kahn Jr., who after returning from the Marines in World War II and earning an economics degree, became the third generation at Kahn & Co.

“I would say we either owned or developed or leased it’s got to be close to 200 [gas stations] up and down the East Coast,” said Charles Kahn Jr.

Why go to work for his father? Well, it started innocently enough, back when he was just a little boy.

“In our family life,” said Charles Kahn Jr., born in 1924, “what we would do when we were kids was, we’d go and see properties.” On nights and weekends, he and his brother would take car rides with their folks, “and we’d always end up having an ice-cream cone.”

“We never got ice cream!” Jim Kahn exclaimed as he listened to his father tell the story.

Apparently, Jim Kahn and his siblings were treated to the same routine a generation later, though he said he now sticks to playing sports with his own son rather than showing him properties.

Jim Kahn joined the business in 1983, after giving up on a career as a rock musician. At first, he shared an office with a brother and his father. Now, as president with his father as chairman, he has his own.

All but about 30 of the 200 gas stations the Kahns built have been sold, in some cases to neighborhood mechanics with financing help from the company.

Of those they still own, most are now coffee shops or convenience stores, including a Texaco at Grant Avenue and Academy Road in Northeast Philadelphia that they demolished and rebuilt as a stunning Starbucks in 2008.

In the mid-1990s, as part of a “very selective” development strategy, the elder Kahn said, they won a sealed-bid auction by the City of Philadelphia for Market Square Shopping Center in Chestnut Hill. With minority partners that included Ira Lubert, they redeveloped it from an albatross with vacancies into a bustling neighborhood center. They sold it in 2007.

And this year, after bankruptcies wiped out successive furniture retailers at an old Sears store built by the Kahns in the 1950s at 22d Street and Oregon Avenue, a multimillion-dollar redevelopment project was completed with the last of four new tenants opening for business.

Jim Kahn, who lives in a four-bedroom house in Horsham with his wife, and Charles Kahn Jr., who lives in the same Rydal house he and his wife have occupied for 56 years, said they all get along well enough at the office.

Barbara Kahn said there is great respect for what is at stake: family tradition.

“He’s very good-natured, and I’m very assertive,” said Barbara Kahn, a broker with sparkling wit and warmth, motioning to her husband as she explained how they managed to work together for 42 years without going crazy.

Is that right, he was asked?

“Whatever she says,” Charles Kahn Jr. replied, to laughter all around.

This article was originally featured on philly.com.